Halloween came about thanks to the Celts who celebrated an ancient New Year festival that marked the change of seasons. The Celts believed that for one night prior to the New Year, the world between the living and the dead intertwined and ghosts could return to earth! Spooky! As the Catholic religion took hold this pagan festival changed but never completely vanished, as we know, we still celebrate Halloween to this day. 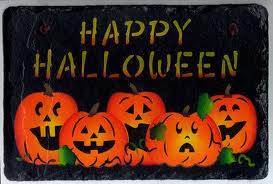 In Australia, Halloween is not an important holiday, but it is in the United States of America, where six billion dollars is spent on this holiday each year.

What do people do on Halloween? Well children (and some adults) get dressed up in scary costumes of things like- witches or ghosts. In the evening they go visiting from house to house ‘trick-or-treating’ at each house they visit, they receive lollies. A lot of houses will be decorated with carved lanterns made from pumpkins.
Some people have Halloween parties where they might have a bonfire, tell ghost stories, watch scary movies or play a party game called ‘Bobbing for Apples’. 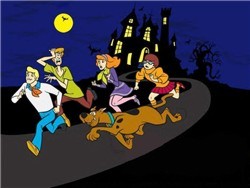