Málaga in the 60s 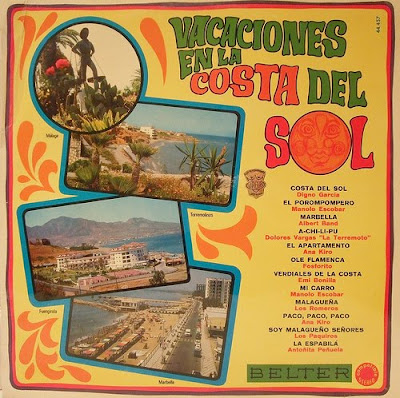 There was an industrial growth in Málaga in the 60s. Also the services grew. And the most important one: our economy was opened to the rest of the countries. Foreign people were investing in our country and in our town. And the people that lived in the villages went to the cities to improve their lives. This was the most important fact in our economy. The agriculture was more modern too!

In my city, Málaga there was a tourist development. English, German and French people came here. The "boom" of Torremolinos was very important. People bought houses in this town.

People were not literate and only could study those who had got money. Those who did not attend school, worked in the tourism. This caused many people to emigrate to other countries. Unemployment, lack of opportunity and misery forced to thousands of people from Málaga to go abroad in search of a better world. Emigration was an option to find employment in Germany, Holland... Many of these emigrants returned to Málaga later on, while others took root in cities that host them. France and Germany were the main destinations of these emigrants. Those who migrated learnt a new language, new customs... The main objective of the emigrants was raising money to settle. The train station of Málaga was the place where many emigrants began their trips. But no only Europe was the culmination of the people of Málaga. Australia also received them.

In those years, there were some very important singers: John Coltrane, Jimi Hendrix... And in my city, there was a very important movement: the "Beatlemania". Everybody heard the songs of this band.

The dresses showed more skin and curves. Mary Quant, stunned the world with the miniskirt. Hot pants arose. The typical costume pajamas or shorts were essential to look at fashion parties. Men grow their hair long and you could see many beards and sideburns there. Also in men's fashion colors were bright polyester pants and turtleneck sweaters.

A Spatial movement appears with a futuristic and minimalist approach. The designers were inspired by pop art, and there was the fashion boom "unisex".

These are the most important things that happened in the 60s in Málaga when our high school Nuestra Señora de la Victoria was built.
Posted by Lola Galán at 9:05 PM

Email ThisBlogThis!Share to TwitterShare to FacebookShare to Pinterest
Labels: Anniversary, The English Corner